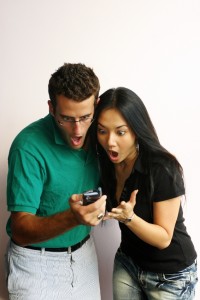 True confession: I started researching people online in an effort to save myself embarrassment. Too many times I met someone at a professional event and politely asked who they were, only to discover they were someone I “should” have known about, such as the CEO of the company that had sponsored the seminar or another author I was about to sit next to on a panel.

I have often found myself in new situations or industries where I have little background, but as a consultant or speaker, I’m expected to already know the names and reputations of the key players and stake holders.

So I started doing Internet research on the people I found in conference brochures and annual reports before I arrived. What I discovered not only helped me recognize the VIPs , it helped me appreciate their passions and identify what we might have in common.  The result: I had more compelling and relevant conversations instead of small talk over rubber chicken dinners and I made contacts out of the people I might not have met, many of whom are now dear friends.

Over and over as I researched people online, I was amazed to find that what matches someone’s name in a search engine—even important VIP-type people—is clearly not what they would want me to know about them. Without their consent, and often without their knowledge, many outstanding people are being misrepresented by random, inaccurate, or biased information on the Internet.

In 2003, I wrote a column for The Miami Herald about the increasing importance of “how you look online,” featuring the stories of a prominent attorney and business executive in South Florida. That column was picked up by a television producer and led to a series of interviews where I was featured as an expert on the topic on ABC and NBC news programs.

Since then, I’ve watched the issue go from a curiosity (geeks doing vanity searches so they could brag how many pages included their names) to a vital professional skill. Along the way, I’ve seen how complex it is to create a strong online presence and how valuable it can be when someone succeeds. But I’m still amazed that even though we’ve adopted Google as a verb, most people are just starting to appreciate how vital their online reputations are and how dramatically information they didn’t even know was out there can impact their real world lives.