Tools for Measuring Influence and “Klout”

“I know that half my marketing budget is wasted. I just don’t know which half.”

As social media marketing has moved from a vague experiment to something that businesses and organizations take seriously, it’s become necessary to track down what are now being called “influencers” (and who used to be known as “thought leaders” back in the 60s and 70s).

The idea is that you can use social media the same way that we’ve used mass-media advertising: to blast out a message to as many people as possible and hope for the best. But that’s not the way this medium works. Or should work.

No, the intimate nature of social media calls for a different approach: finding people who already have followings of their own. The people that Malcom Gladwell called “mavens.”

You can try to talk to 1,000 people who may or may not pay attention to you. Or you can talk to the one guy that those 1,000 people trust when they have a problem and need an answer. But how to identify who that person is? How can you identify the guy who is a fanatic about getting just the right amount of cream cheese on a bagel from 20 million fans of cooking shows, when you want to introduce your new Auto Bagel-Creamer System 2.0?

The answer is that you use tools to measure influence.

These tools generally add up the number of people you have as followers (on Facebook, Twitter, G+, etc.) and then measure how often those people actually pay attention to what you say. And if you’re really All That & Bag Of Chips, they measure how much people ReTweet, Share, ReBlog, etc., your messages.

Because that is how things “go viral.” A humble little meme is just sitting around on the web, and then someone who has 20 million followers holds it up in front of their audience and says, “Look what I found here!” And those 20 million people all click over, and then notify THEIR friends of that thing, and pretty soon you have the next big crazy thing and Brinks trucks are dumping sacks of cash at your doorstep.

At least, that’s how it works in theory.

These tools help you compare your score to other people’s. Check ‘em out. 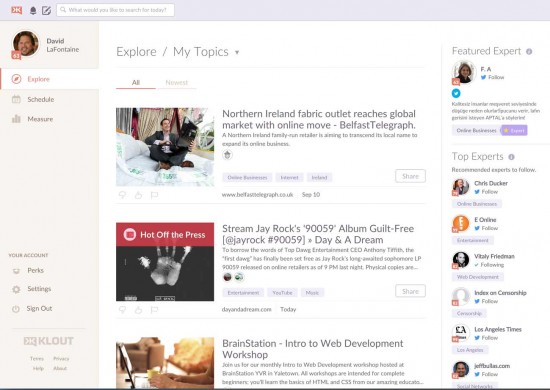 Klout – This site can be addictive to competitive people (you know who you are). Klout assigns you a score between 1 and 100 that purports to show how influential you are, based on how popular you are on social media sites. Increasingly, social media dashboards (like UberVU, Crimson Hexagon, etc.) identify “influencers” in their searches by showing the person’s Klout score next to their name. Rankings are based on how many connections you have, how often your comments are ‘liked’ and ‘shared’ and the influence of the people who comment or share your posts. Search for yourself and anyone else to identify their rank among influencers in social media. http://klout.com/ 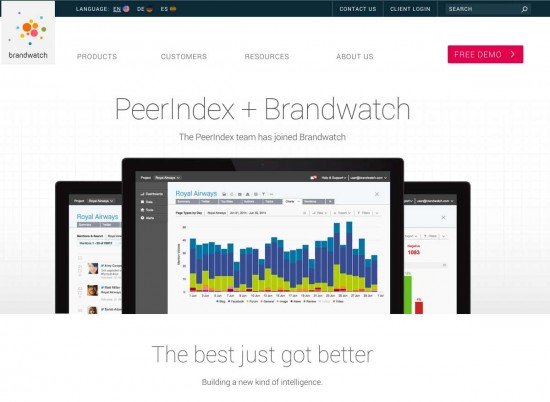 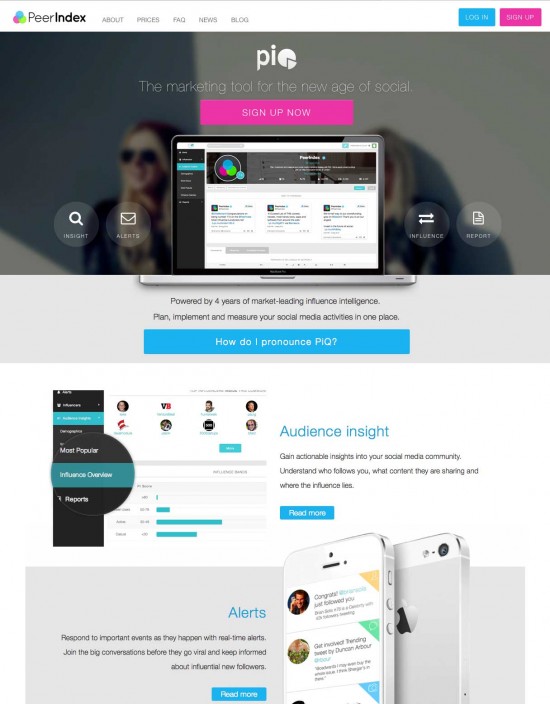 PeerIndex – The recently merged with Brandwatch, and are not as prominent as they once were. They claim to have indexed more than 300 million Twitter profiles. They have a neat feature where they show an “influence graph” showing the connections between users, so you can see by relative size who sets the terms of a conversation, and where the memes that they generate flow in the online ecosystem. You also get a PiQ score – kind of like the Klout or Kred scores, but this one is not available until you start paying. Prices start at about $100 per user/month. http://www.peerindex.com 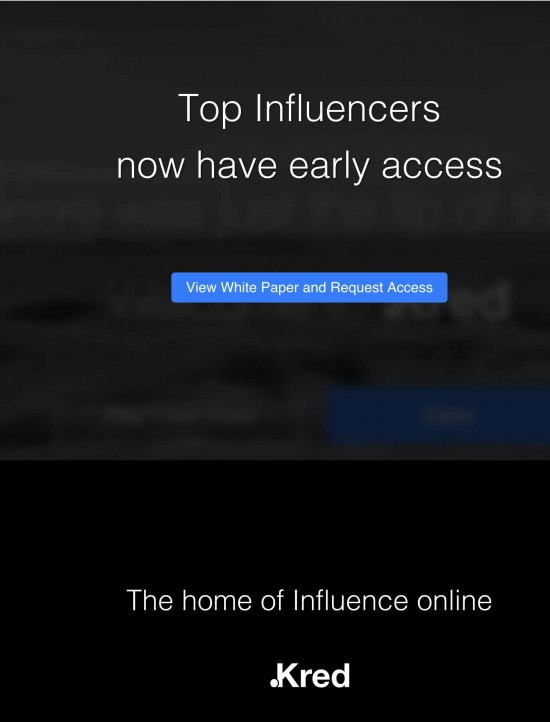 Kred – Not as popular as Klout, Kred is similar in its effort to measure influence. They’ve also apparently forged a relationship with PeopleBrowsr, to provide the scoring and analytics. The site is also starting to show signs of strain; the graphics are blank spaces on the screen, and the “Leaderboards” fail to connect and show recent activity. Not a good sign. UPDATE: There is now just a bland space and a signup form. Seriously. Not a good sign. (UPDATE: It appears that Kred has in some way merged with EmpireAvenue. See below.) http://kred.com/ 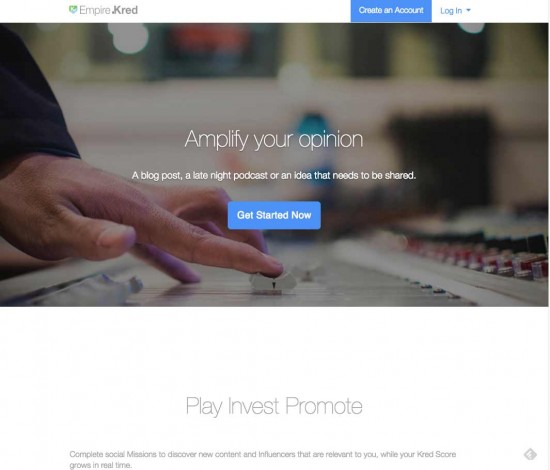 Like a Reese’s peanut butter cup – only instead of yummy chocolate and peanut butter, they’re combining refrigerator insulation and lawn trimmings.

EmpireAvenue – Once the “Hot New Thing,” in the social space, EmpireAvenue had a fall that was as meteoric as its rise. It’s still hanging around, although you’ve probably noticed that your email inbox and Facebook feed is no longer crammed with messages from people exulting that their personal “stock” just rose. Yes, I said stock. Designed with a model based on the stock market, Empire Avenue let you invest in your social media connections using virtual currency, build your value as others invest in you, and assess the ‘value’ of each person in your network based on the value of their portfolio. People started leaving when they figured out that no matter how high their virtual “stock price,” that after spending hours carefully building this number, for some reason landlords and grocery stores failed to recognize it as actual currency.  (UPDATE: For whatever reason, Kred has combined with EA, and now the two are one. Maybe someone hopes that this will help them catch Klout or RebelMouse. But I am reminded of the old adage that you don’t try to win a race by taking two slowpokes and having them do the three-legged “sack race” deal when trying to keep up with Usain Bolt.) http://empireavenue.com/

Tools to Track What’s Popular On the Social Web 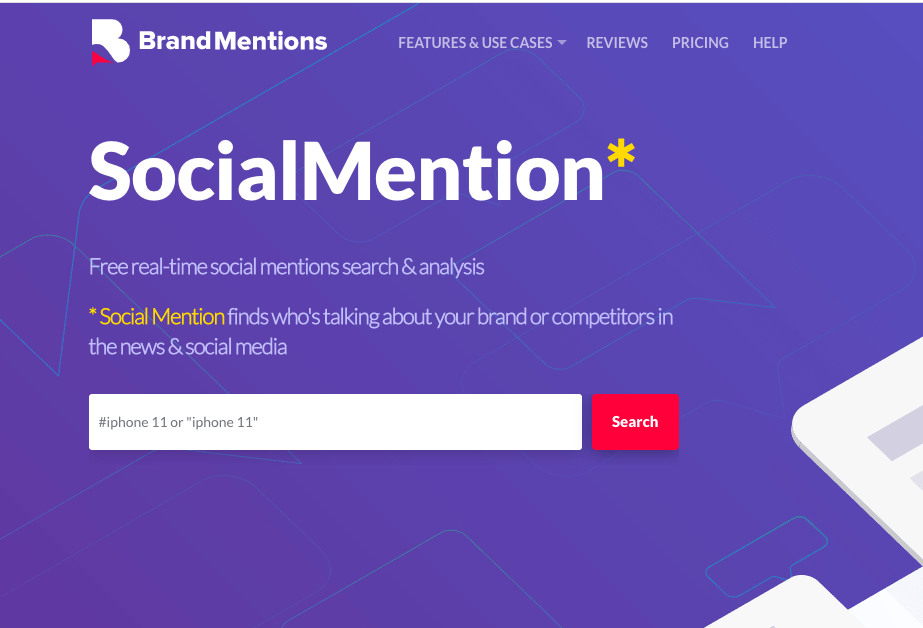 SocialMention – Shows you how much people are talking about you (or any person or topic you find interesting). This site is especially useful if you’re trying to build your network within a specialty or you want to identify experts with a particular specialization. You can also use SocialMention to see what your competition is up to https://brandmentions.com/socialmention 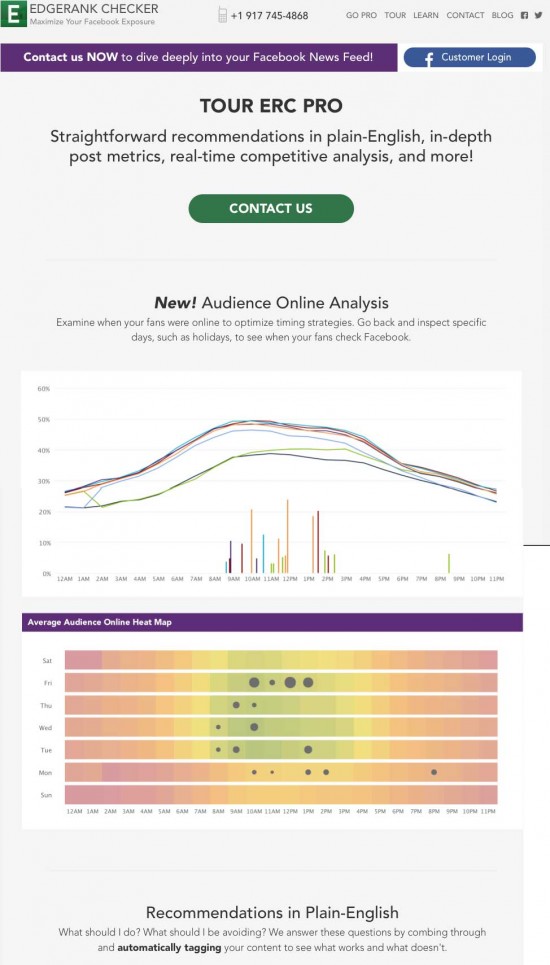 Edgerank Checker – This is a great tool for monitoring and assessing what you’re doing on Facebook. Edgerank checks how popular your posts are and helps you to determine what kinds of posts are most likely to rank high in your friend’s News Feeds. The Pro level of service (about $90/month) also gives you access to recommendations for the best kinds of content to post, reports on how competitors are doing, and grades your posts as far as how effective and engaging they are. However, the posts on this blog have become increasingly sporadic, which is a bad sign that the company is not doing a whole lot of new stuff. http://edgerankchecker.com/ 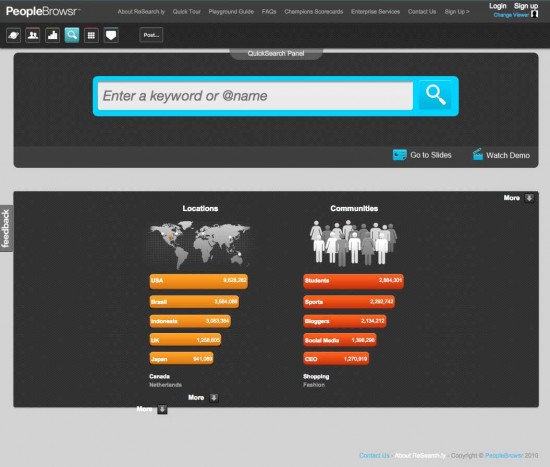 Probably a dead thing now. The copyright at the bottom says “2010.”

PeopleBrowsr – This is a powerful tool that can help you take an in-depth look online activity over a period of up to 1,000 days. You can search for people’s names, brand names or keywords for specific topics. PeopleBrowsers displays who mentioned the name, how often it was Shared, Liked or ReTweeted, and by whom. The first 9 searches are free; after that, there is a fee. Caution: there are pages in this site that have not been updated since 2010. Again, this is not a good sign. http://rs.peoplebrowsr.com/